Important: Changview.com will NOT be available anymore after February 27, 2023
If you want us to keep changview running, send a message to us saying "KEEP IT"
by clicking here. 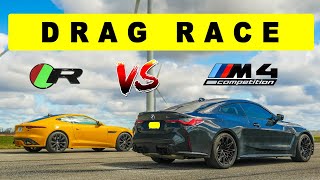 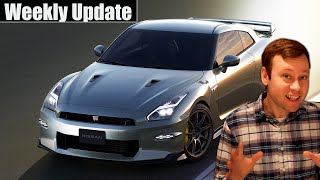 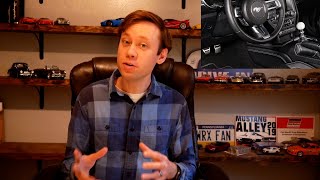 00:34:01
Ford Patents Manual with No Clutch Pedal and Other News! Weekly Update
Brianmor 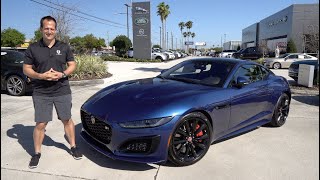 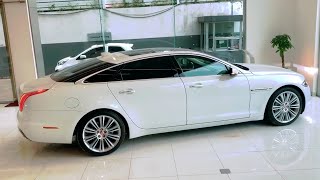 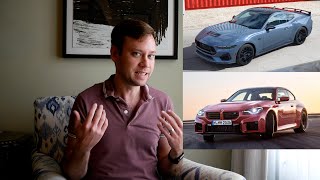 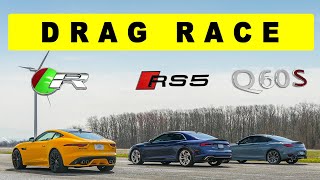 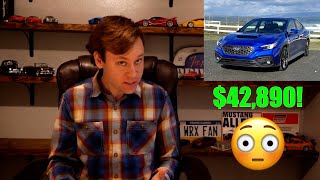 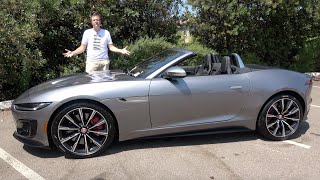 For the latest Jaguar F-Type pricing and information:
https://www.kbb.com/jaguar/f-type/

Even a British sports car needs a facelift every now and then. The 2021 Jaguar F-Type gets one and I’m gonna tell you what’s changed.

First and probably the most important change is what’s under the Jag’s hood. The engine line up gets streamlined and simplified. But don’t mistake that for dumbed down.

The base engine on the F-Type is still the 2.0-liter turbocharged inline four-cylinder (296 horsepower). The supercharged 3.0-liter V6 makes a respectable 380 horsepower in the R-Dynamic models.

But the F-Type R, with a supercharged V8, which the kind folks at Jaguar very generously bestowed on me, whoops out 575 horses. And I’m making nice with all of them.

I’m going to admit that while I’m digging the power of the engine, it doesn’t sound as good as the Lexus LC 500. For now, that’s the V8 noise to beat for me.

While the 4-cylinder is rear-wheel drive, the 6 and 8 versions both come with AWD standard, which puts the power of all those ponies down on the pavement nicely.

The 8-speed automatic transmission all engines mate too hasn’t changed, nor has our assertion that it’s a good mechanism that doles out power evenly and shifts efficiently and intelligently.

Nothing has changed in the ride quality that the F-Type lavishes on its driver either. This is a very well behaved machine that gets great grip in the turns and feels effortlessly maneuverable. It’s almost too easy to drive.

One thing I’ll note about the ride, however, if you’re on a road with expected bumps, do yourself a favor and get out of dynamic mode. Your back surgeon might not want you to, but you’ll thank me. It’s a bit stiff for daily driving.

But how do I tell if this is the refreshed F-Type, I hear you ask? Easy. The front end has been redone. The headlights now wrap horizontally around the car. The front grille and intakes are bigger.

Otherwise, this stunner remains the neck workout it always was, just maybe an edgier, meaner look to it, which for a refined Brit actually suits nicely.

During my time with the car, I’ve been ruminating as to whether the F-Type becomes a modern classic along with the long-snouted Mercedes AMG GT series, which I love, or the aggressively fun Aston Martin Vantage or instantly recognizable 911. You know what, yeah, I mean, look at it. It’s really beautiful.

So now you know what’s different outside, let’s see what’s new inside. The infotainment gets a major upgrade. First, the 10-inch screen looks great. The interface is vastly improved, but still a bit clunky, and I found it easier to just plug in my phone for Apple CarPlay or Android Auto, both come standard.

The 12.3-inch gauge cluster is completely digital now. Graphics are clear and customizable. These were both desperately needed fixes.

Fancy materials from various animals both faux and real adorn the cabin. And I find it quite comfortable though someone bigger than me might describe it as cozy. That’s a nice way of saying small.

As for safety equipment, it gets forward-collision and automatic emergency braking, lane departure warnings and lane-keeping assist.

But most importantly, you can get blind-spot monitoring as an option. And I recommend you do. When I first got in the F-Type I thought, oh, visibility is good. When I started driving I changed my mind.

If your sports car desires don’t allow for a ton of money, the 4-cylinder base model will extract about $62,700 out of your bank account. That’s also the most fuel-efficient version, even though those numbers aren’t available yet. The V6 (~$82,900/19 city/27 hwy) and the V8 (~$107,000/16 city/24 hwy) both take more from your wallet at the dealership and the gas station. All three engine options can be had in convertible form as well.

Simplified engine lineup, refreshed exterior, updated interior, Jaguar has done just enough to keep the F-Type on your list of “to drives” if a sports car is in your garage in the future. If you’re waiting for me to come pick you up, that’s not happening. I’m going driving.

00:34:01
Ford Patents Manual with No Clutch Pedal and Other News! Weekly Update
Brianmor